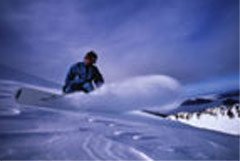 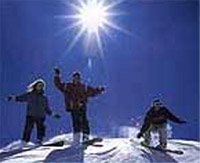 The biggest resort in the Maurienne Valley, Valloire sits between the Trois Vallées and the Italian border. The domain is composed of three areas: Le Sétaz, Le Crey du Quart and Valmeinier, offering 150km of skiing. Most of this is well groomed but not too challenging, so beginners and intermediates should benefit. Some powder is to be found at Crey de Rond, when the snow is good. Remarkably, Valloire has a decent snow record due to its north-facing aspect, even though it is only at 1430m.

The resort itself has largely maintained its traditional and rustic charm. It is also reasonably priced and friendly. Evenings don't boast a massive range of activities and clubs, but the restaurants are good and inexpensive. Most of the accommodation is near the pistes. Valloire is usually uncrowded except in high season, but if you have the time, you can head 17km to Saint Michel Valloire. From there you can access the amazing Trois Vallées domain. The only catch is the three hour transfer from Valloire to Lyons.

4 REASONS WHY YOU SHOULD CHOOSE VALLOIRE !

#1 Hospitality with a big H

Valloire's inimitable asset is to be above all a mountain village. Simplicity, genuineness and a broad smile are three of the locals' peculiarities. Live this human experience on the slopes, in the shops and in the streets.

The whole family will appreciate to hurtle down the 150 km of slopes ! At a distance from the town center, a large natural playground awaits you with the snowpark amongst other things.

#3 Culture in all its forms

A mountain style town with typical little hamlets and a magnificent baroque church. Valloire is the scene of great events such as Snow and Ice sculpture Contests.

Go for a stroll with the llamas, learn to sculpt the ice and taste a 100% local craftbeer. No doubt, you are in Valloire !